Cranbrook Archives truly began with the collecting acumen of George Gough Booth, and the accumulation of records and architectural drawings created within the natural course of work in the development of the Cranbrook community. The first “archivist” was George Booth’s personal secretary, Helen McIlroy, who “founded” the Archives in 1942 as a matter of housekeeping.

In the early and mid-1960s, Cranbrook began to receive requests, both internal and external, for historic information and photos. In 1967, Cranbrook School alumnus, Carleton McClain, was designated the official archivist for Cranbrook School. Along with Cranbrook’s public relations department, McClain began to gather oral history interviews. In June 1969, the Cranbrook Foundation’s “Educational Services Division” was responsible for the Central Library, the Audio-Visual Center, and the Archives with Mayo Derouchie as its director, and Marta Trimmer employed as a part-time archivist.

During this same time period, Henry Scripps Booth went through all of George Booth’s papers and weeded out what he thought would be appropriate to keep in perpetuity. “Any of these [records] which seemed philosophical I set aside to keep at Cranbrook," noted Henry Booth. 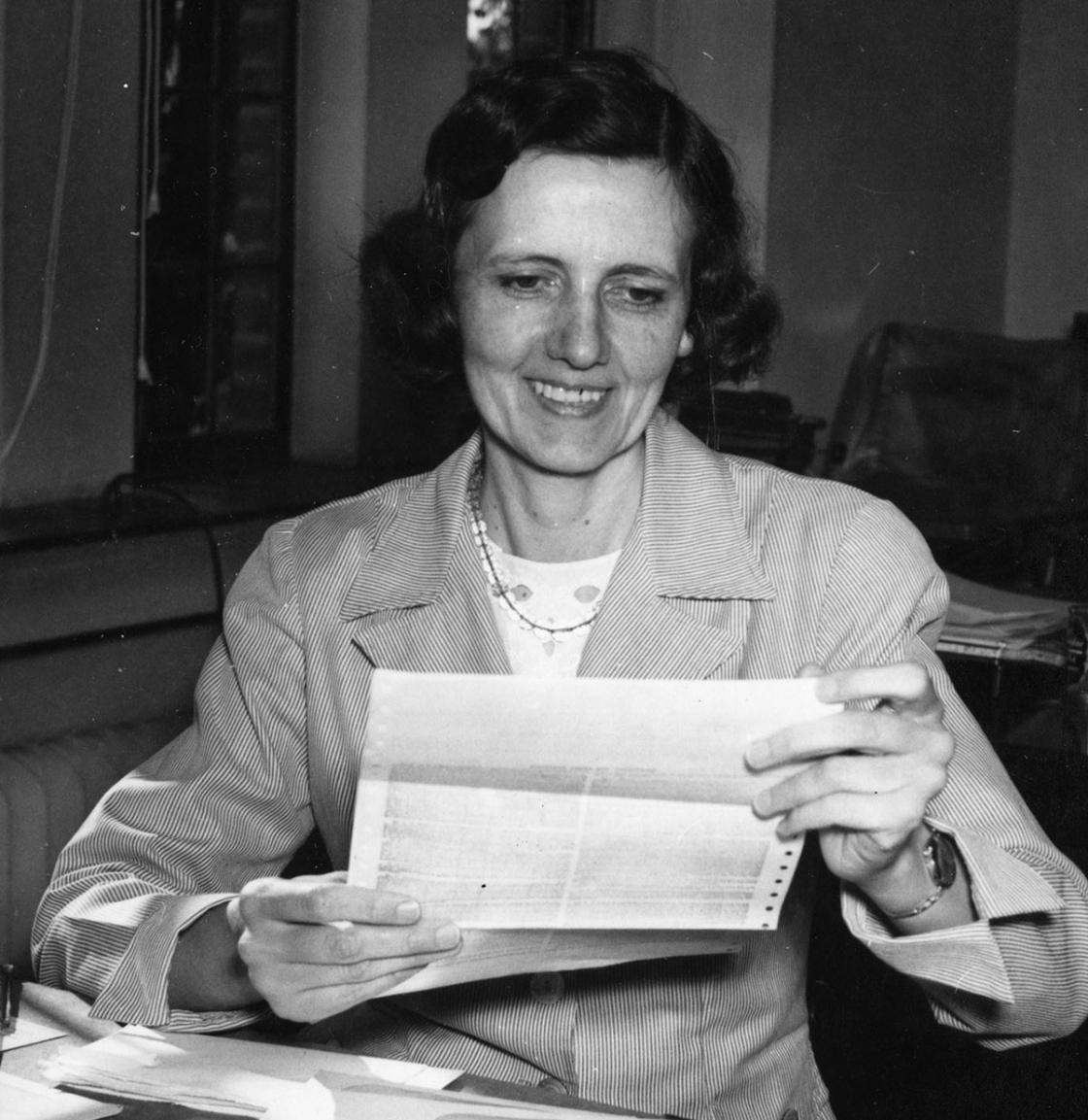 "Those which at a glance appeared to be pure business and might give a clue to past business methods or conditions were submitted to the two newspaper corporations (Booth Newspapers and The Detroit News) for inspection and ended up as the George G. Booth Papers in "The Michigan Historical Collections" at the University of Michigan. Everything else was thrown out--possibly a great mistake.  It would have been easier and historically wiser if all of the material had been put in professional hands.” The Booth Family Papers were stored in Henry Booth's office at Cranbrook House.

When Cranbrook’s staff photographer Harvey Croze retired in 1970, all of his photographs and negatives were transferred to the Archives, which was then set up in the basement of Cranbrook House, beneath the Cranbrook House library. The basement had overhead utility lines, the floor itself was always wet, and there were no environmental controls. From 1975 to 1978, Trudy Duval was employed as the archivist and began gathering two copies of each of the Cranbrook publications from the various institutions. Then in February 1979, Beverly Hoffman became the community’s archivist as well as the acting librarian of Cranbrook House. She worked under the head of libraries, Jack Williams, who also acted as the director of the Archives. Appointed by Cranbrook Foundation’s director Ed Lerchen, Hoffman was mandated to update and complete the work of Helen McIlroy and Trudy Duval, as well as to collect additional materials from each of the institutions, and supervise the use and maintenance of the Archives. 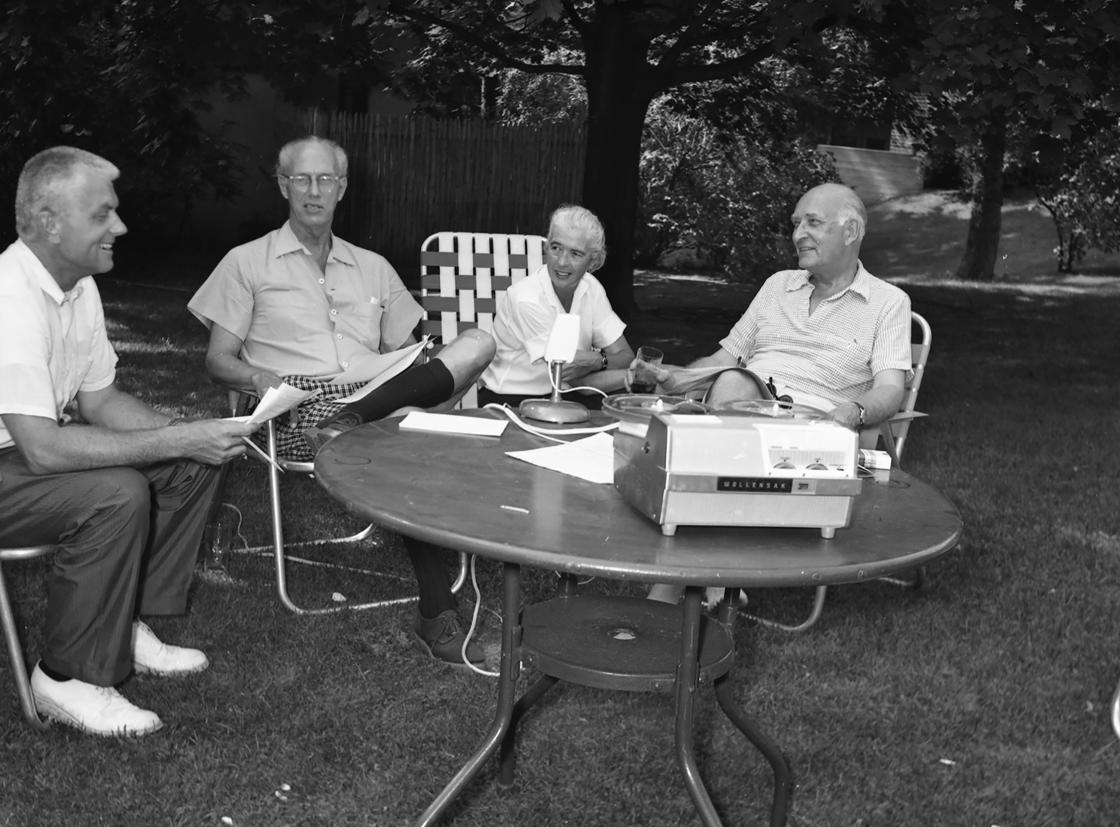 By November 1979, Hoffman put together a program to secure a better location for the Archives, primarily for environmental reasons. One of her suggestions was to utilize several rooms at Vaughan School (now the Boys Middle School), which never came to fruition. In March 1980, Hoffman began to inventory the “original sketches and blueprints” which were housed in a Cranbrook House basement storage room known as the “map room.” Hoffman left her position as archivist to take a position as a Cranbrook School librarian in the summer 1982.

In January 1983, Cranbrook hired Mark Coir as a part-time archivist. The following year, he was successful in realizing Hoffman’s vision for a better location for the Archives. The collections moved from the damp basement to the warm, dry attic of Cranbrook House, with space for a reading room for researchers. 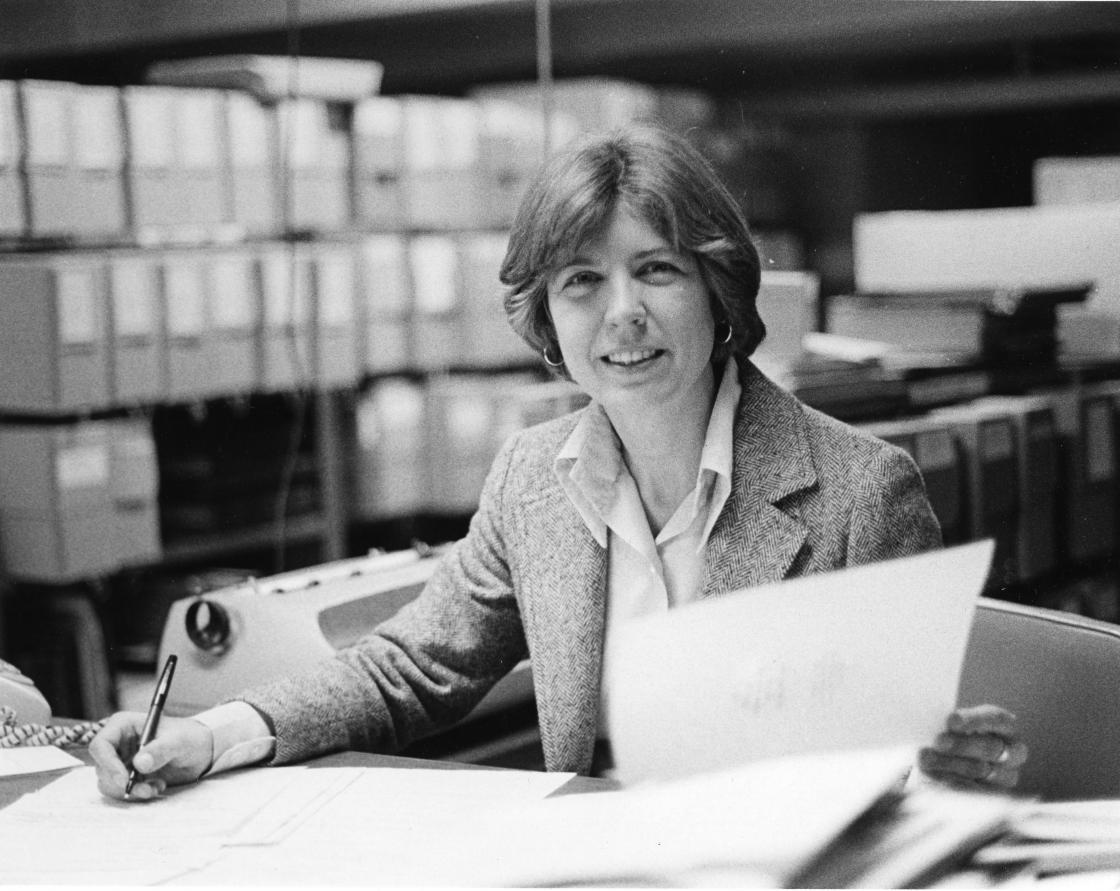 In 1986, under the auspices of Cranbrook’s president, Lillian Bauder, the Archives became an official department of the community, reporting directly to the president. Coir worked directly with Henry Scripps Booth to transfer more records to the Archives, and to increase the value of the Archives to the community. Henry Booth bequeathed his estate, including his residence (Thornlea) and his office (Thornlea Studio) to Cranbook as well as an endowment fund for maintaining and supporting archival activities. In 1988, Bauder set aside additional funds which assisted in the conversion of the Thornlea Studio into the Archives. The major modification was the transformation of the garage into a vault with the addition of compact shelving units for storage of the collections. The reading room was on the first floor and the second floor was used as offices for the staff of the Archives and the architectural historian. 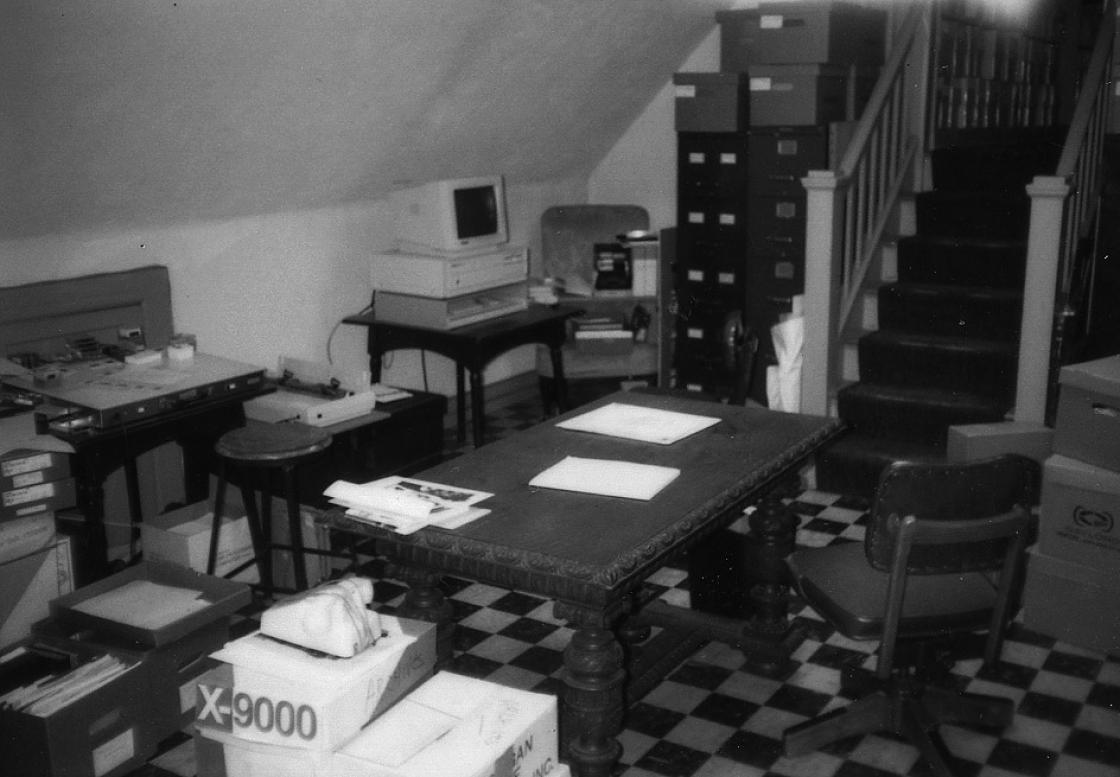 Mark Coir left Cranbrook in 2008, at which time Leslie S. Edwards took over as interim director and remained at Cranbrook until 2018 as head archivist. In 2011, Cranbrook established the Cranbrook Center for Collections and Research, with Gregory Wittkopp as its director, and the Archives became a department of the Center. With the reopening of the newly renovated Cranbrook Art Museum, the Archives was relocated to the lower level of the museum in 2012, and then the Collections Wing in 2018, and now enjoys temperature and environmental controls.

The Center for Collections and Research now is actively developing a plan to renovate the Albert Kahn-designed Lyon House (orignally Stonelea, near the Woodward entrance) for use as the permanent home of the Center, including the Archives and its collections.