Lillian Holm, Kingswood School Cranbrook’s first full-time weaving instructor, headed Kingswood’s Arts and Crafts department for over thirty years while also serving, for shorter periods, as a weaving instructor at both Cranbrook Academy of Art and the Flint Institute of Arts and a weaver with Studio Loja Saarinen. At the time of her retirement from Kingswood in 1965, Holm received the Founders Medal from the Cranbrook Foundation.This untitled tapestry, among her finest, depicts a skyscraper rising high in the middle of an urban canyon—an abstraction of the energy and vitality of American cities. 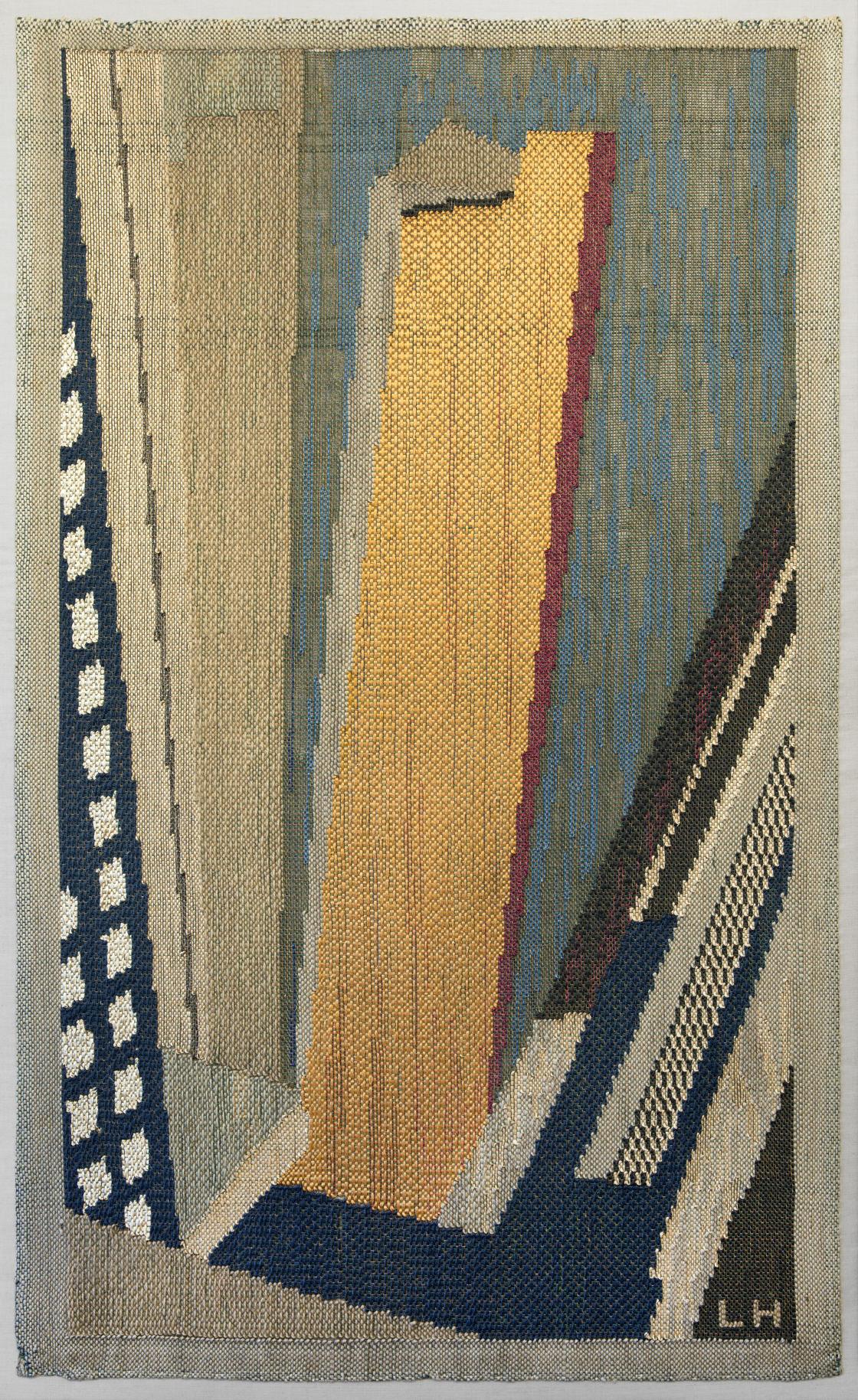 The subject relates to another signed tapestry by Holm, First Sight of New York, now in the collection of the Flint Institute of Arts.[1] The Flint tapestry, woven by Holm in the 1930s, depicts a group of towering skyscrapers flanked by crowds of people. The more representational image suggests that the Cranbrook tapestry might have been woven later as her compositions became increasingly stylized and abstract.

Holm gave the Cranbrook tapestry in the 1950s to Kingswood Headmistress Marion Goodale who hung it in the newly completed Headmistress’s Residence (known today as Robin Hill). Goodale, in turn, gave it as a wedding present in 1967 to her niece Jane Shoemaker Wimmer, a Kingswood alumna who developed a love of weaving through classes with Holm.[2] The tapestry was conserved and remounted in 2017 and now hangs in the Girls Middle School in the dining room. Cranbrook Schools has several other textiles by Lillian Holm, including The Llamas tapestry, which is on display in Kingswood in the hallway near the dining hall and auditorium. 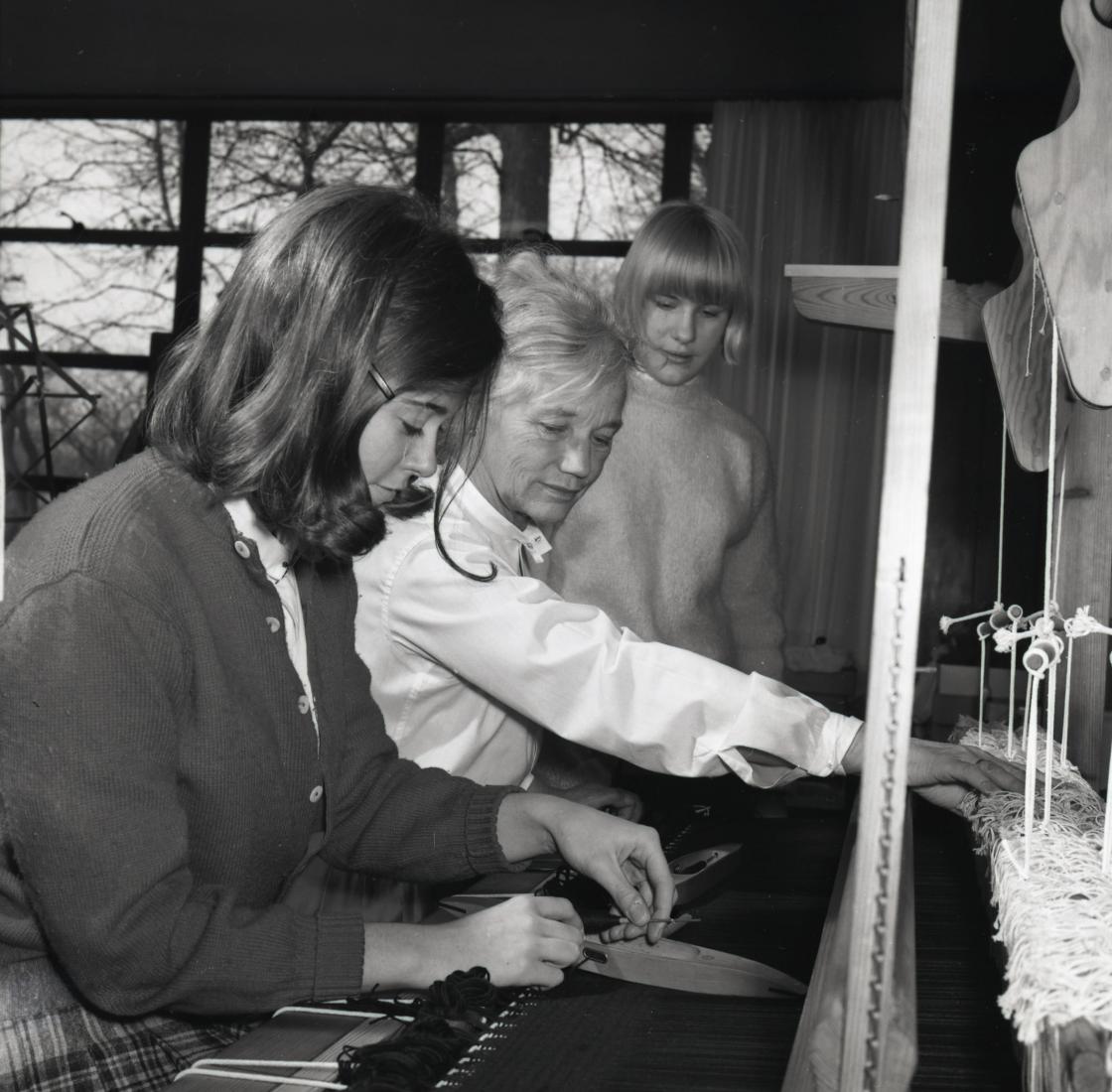