Cranbrook’s Japanese Garden, which is located on the eastern edge of Kingswood Lake, midway between Cranbrook House and Kingswood School, began quite humbly as a rock garden and lily pond.  This earliest configuration of the garden, which was laid out by Henry Wood Booth, George Gough Booth’s father, is delineated on a 1914 appraisal map with many of the garden’s current features in place.  In addition to the basic outline of the pond, these features include the dam at the northwest end of the pond, the existing Japanese-style bridge, the garden’s two islands (the smaller “Round Island” and larger “Duck Island”), the concrete and stone bridge leading to Round Island in the southeast corner of the pond, and the “Flowing Well Cascade” and stone walkway at the northeast corner of the pond. 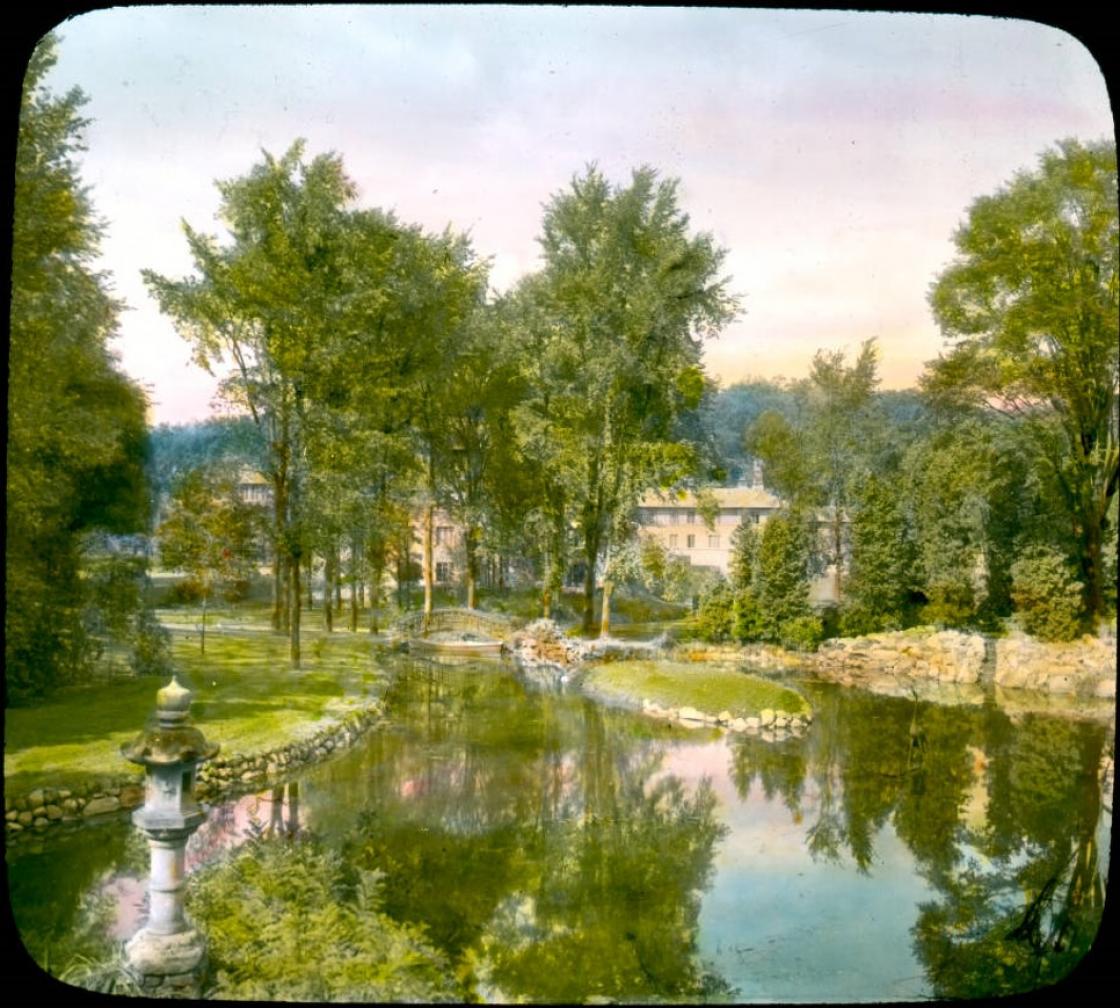 The rock garden’s transformation into a Japanese Garden began in the winter of 1915 when George and Ellen Booth traveled with the elder Henry Wood Booth to California and visited the expositions in both San Francisco and San Diego, including the Panama-Pacific International Exposition in San Francisco.  In San Francisco, George Booth purchased a set of three “bronze storks” from the S & G Gump Company.  After placing them in the garden he wrote to his son Henry Scripps Booth: “We have our three bronze storks down in the rock garden and they give the place more of a Japanese look.” A few months later, in December 1915, George Booth contacted Yokohama Nursery, whose display the family would have seen at the Panama-Pacific Exposition, and bought a Japanese stone lantern and several specimen plants including a large wisteria, a potted taxus, and a Sciadopitys verticillata (a Japanese umbrella pine).  No doubt working with Cranbrook’s head gardener, the Scotsman Alexander L. Lamond, the Booths laid out the beginnings of a garden that both George Booth and his son Henry soon called Cranbrook’s “Japanese Garden.”

With the passing of George and Ellen Booth in the late 1940s, the garden—which, in the wake of World War II, came to be known as the “Oriental Garden”—became overgrown prompting its ‘rediscovery’ in the early 1970s.  Its first rehabilitation and renewal was undertaken by the newly-formed Cranbrook Gardens Auxiliary, an effort that continued two decades later when, in the mid-1990s, they funded a substantial redesign of the garden.  Yet, in spite of the best efforts of the Auxiliary and its dedicated volunteers, the garden proved difficult to tame.  Periodic flooding of Kingswood Lake and the Rouge River watershed did not help. In 1998, volunteer Ralph Graham took over the maintenance of the garden.  He asked to have the garden fall under the jurisdiction of Cranbrook Educational Community, rather than the Auxiliary, with the hope that Cranbrook Facilities staff would be able to help with the maintenance. During his twelve-year active association with the garden, during which he lovingly tended the garden, Graham referred to it as the Japanese Garden, although on maps and wayfinding signs it continued to be called the Oriental Garden.

In 2016, the Cranbrook Center for Collections and Research took on the responsibility of thinking strategically about the garden’s future.  The first step was to change the name of the garden from “Oriental Garden,” which had become an increasingly problematic term, back to its original designation as Cranbrook’s “Japanese Garden,” a goal which was approved by Cranbrook’s Properties Committee in 2016.  Today, with the support of outside funding, it is the Center’s aspiration to rehabilitate and revitalize the Oriental Garden, reinvigorating the garden’s life on the campus as Cranbrook’s Japanese Garden. 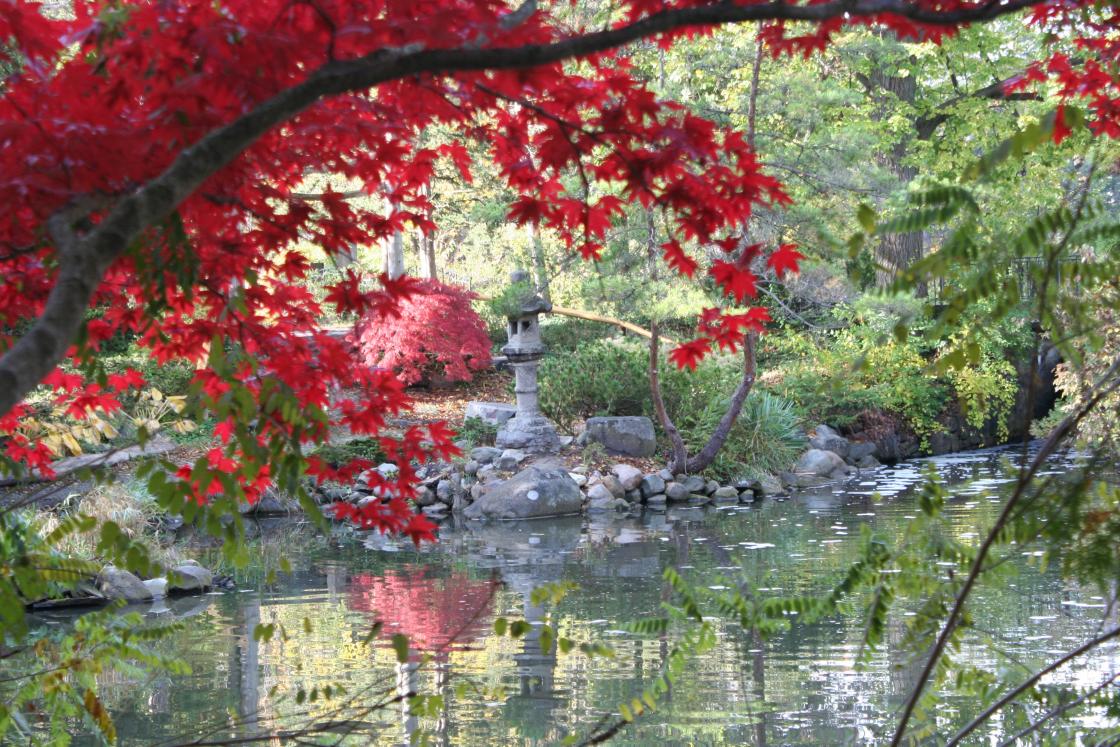 Gregory Wittkopp, Director
Cranbrook Center for Collections and Research
May 2017