Simple Forms, Stunning Glazes was the inaugural exhibition of the works in the Gerald W. McNeely Collection, which recently had been donated to Cranbrook Art Museum. The collection comprises one of the largest private collections of Pewabic Pottery, and includes 117 works, including objects that pre-date the pottery and span founder Mary Chase Perry Stratton’s lifetime.

The Gerald W. McNeely Collection continues the legacy established by Cranbrook founders George Gough Booth and Ellen Scripps Booth. The unique, and longtime friendship between Cranbrook and Pewabic, dates to the co-founding of the Detroit Society of Arts and Crafts by George Gough Booth and Mary Chase Perry Stratton in 1903. During their lifetime, the Booths were enthusiastic supporters of Perry Stratton and Pewabic Pottery. Their purchases were intended as gifts and for display in their home. Many of the works were placed all over the Cranbrook Community. The Booth’s also commissioned ten tile installations throughout the campus, including Cranbrook Kingswood’s Green Lobby, the Rainbow Fountain on the campus grounds, and the Baptistry in Christ Church Cranbrook. 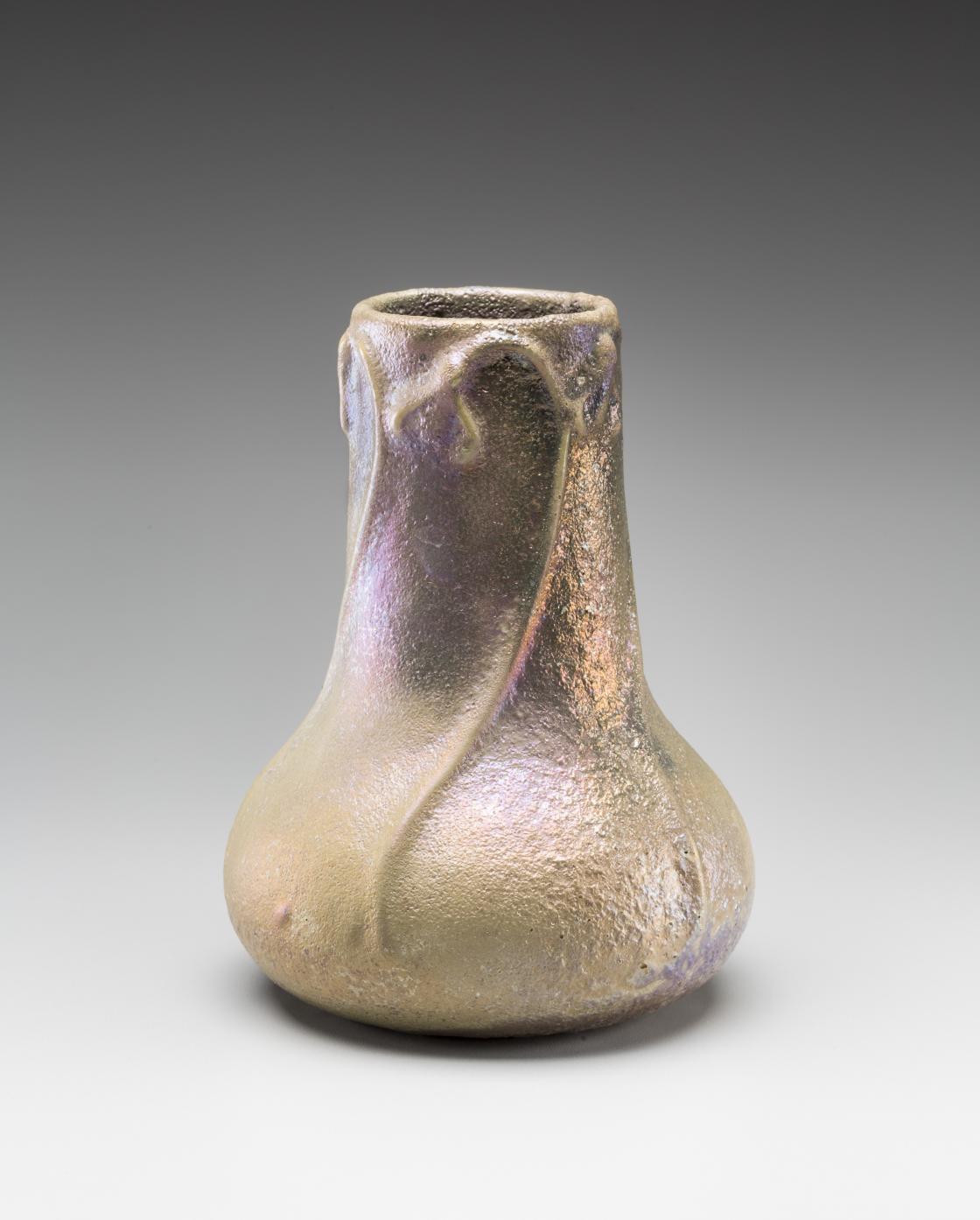 Pewabic is a non-profit ceramic studio rich in heritage. Founded in Detroit in 1903, Pewabic’s signature style is closely linked with Detroit’s artistic history, with tile installations at many of the region’s major public institutions, ranging from the Detroit Institute of Arts to the Detroit Zoo to the Detroit People Mover stations and Comerica Park. Pewabic vessels are featured in such prominent institutions as the Metropolitan Museum of Art and the Smithsonian’s Freer Gallery. The Pewabic Pottery studio, an historic 1907 Tudor-style building, was designated a National Historic Landmark in 1991. Today, Pewabic is more than a ceramics studio; it is a community of makers, educators, artists and students dedicated to enriching the human spirit through clay. Pewabic continues to redefine their role in the community through outreach and education, looking for new ways to make ceramics relevant and accessible to people of all ages and skill levels.

Simple Forms, Stunning Glazes was organized by the Cranbrook Center for Collections and Research in collaboration with Cranbrook Art Museum and was curated by Center 2014 – 2016 Collections Fellow Stefanie Kae Dlugosz-Acton. The exhibition and the accompanying catalog were sponsored, in part, by the Michigan Council for Arts and Cultural Affairs with the National Endowment for Arts and the John Bloom Decorative Arts and Design Fund. The exhibition was accompanied by a full-color catalogue which was launched on February 14, 2016, at Pewabic Pottery along with an exclusive Pewabic Pottery/Cranbrook “Snowdrop” Vase.

Both the exhibition catalog and the “Snowdrop” Vase remain available for purchase through the Center. Visit the Center’s online Store to purchase one or both of them.