Bauder Lecture: The Work of the Getty Conservation Institute

The Cranbrook Archives Reading Room will be open before the lecture, from 2:00pm to 3:00pm, and during the Reception from 4:00pm to 5:00pm. On display will be a selection of documents, objects, and photographs from Cranbrook collections related to Tim Whalen’s lecture. The Reading Room is located in the Art Museum’s Collections Wing, near the Art Lab.

Admission is Free
Seating is Limited 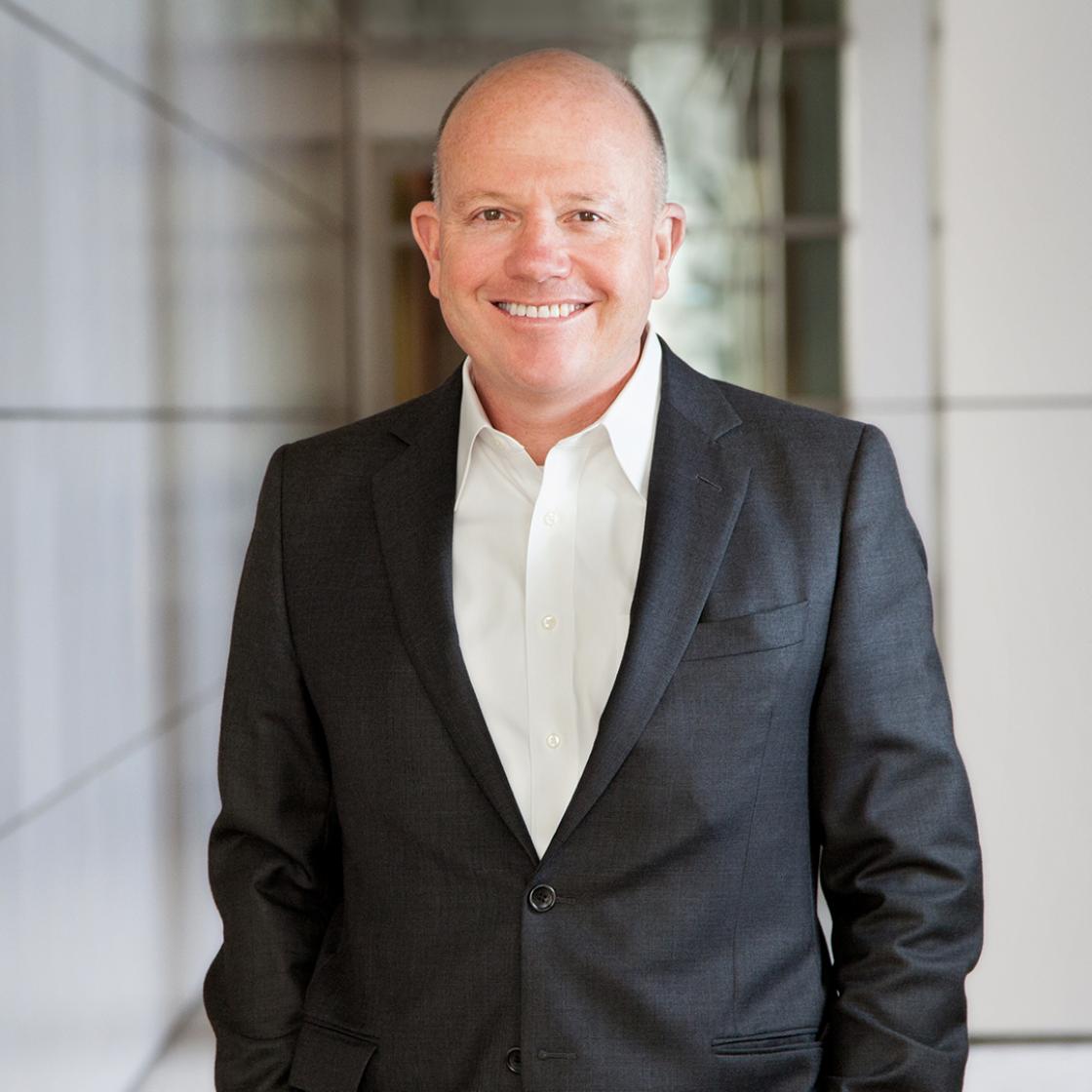 World cultural heritage today is treasured as the physical manifestation of human creativity and genius and simultaneously threatened by forces both natural and manmade. Since its founding in 1985, the Getty Conservation Institute (GCI), one of four programs of the Los Angeles-based J. Paul Getty Trust, has worked with governments and like-minded partners around the world to preserve this heritage for the advancement of civil society. Tim Whalen, John E. and Louise Bryson Director of the GCI, will talk about five of the Institute’s multidisciplinary projects, and describe how science, research, field implementation, and the dissemination of results about these projects through publications and education play a vital and ongoing role in the conservation of the world’s cultural heritage. 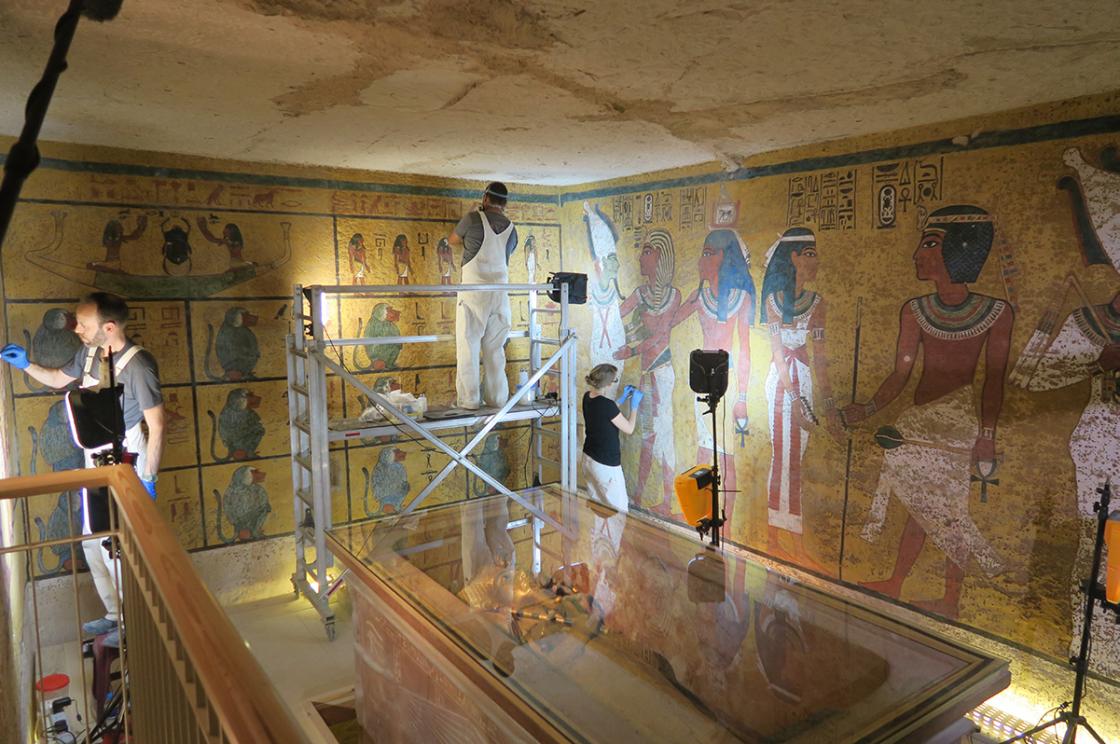 MODERN AND CONTEMPORARY ART RESEARCH INITIATIVE
Newly formulated paints, developed as part of the GCI’s Modern and Contemporary Art Research Initiative, were used during a collaborative project to conserve and repaint Louise Nevelson's City on the High Mountain (1983) in the collection of the Storm King Art Center in New York. 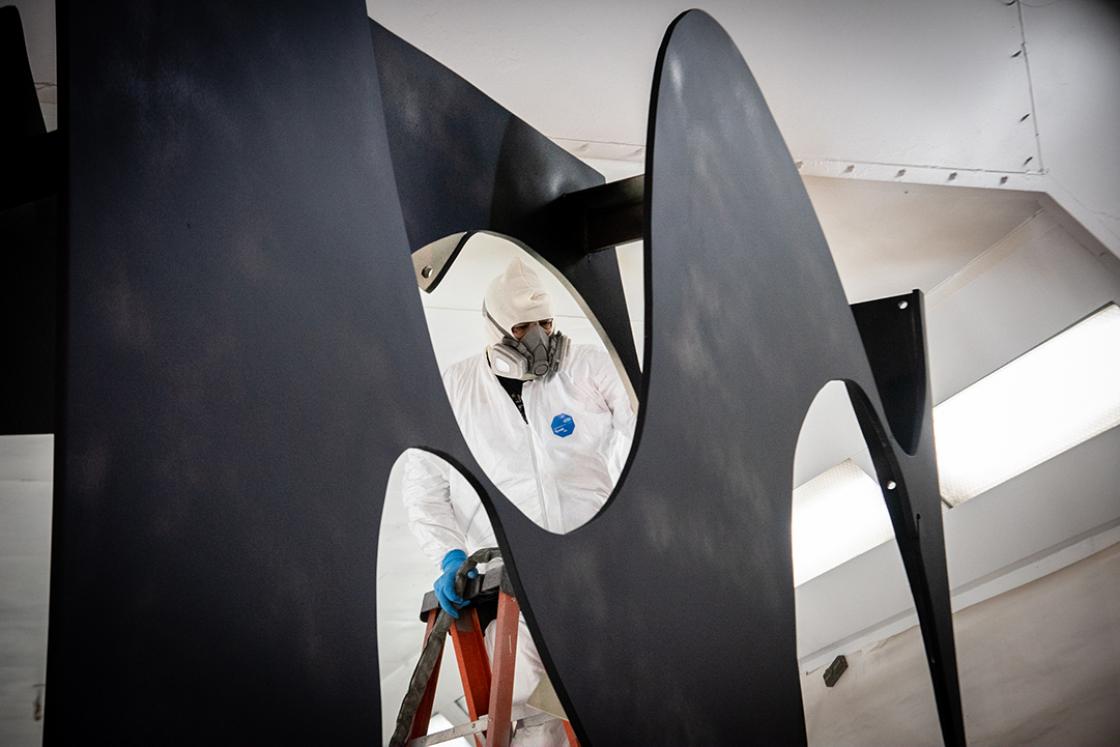 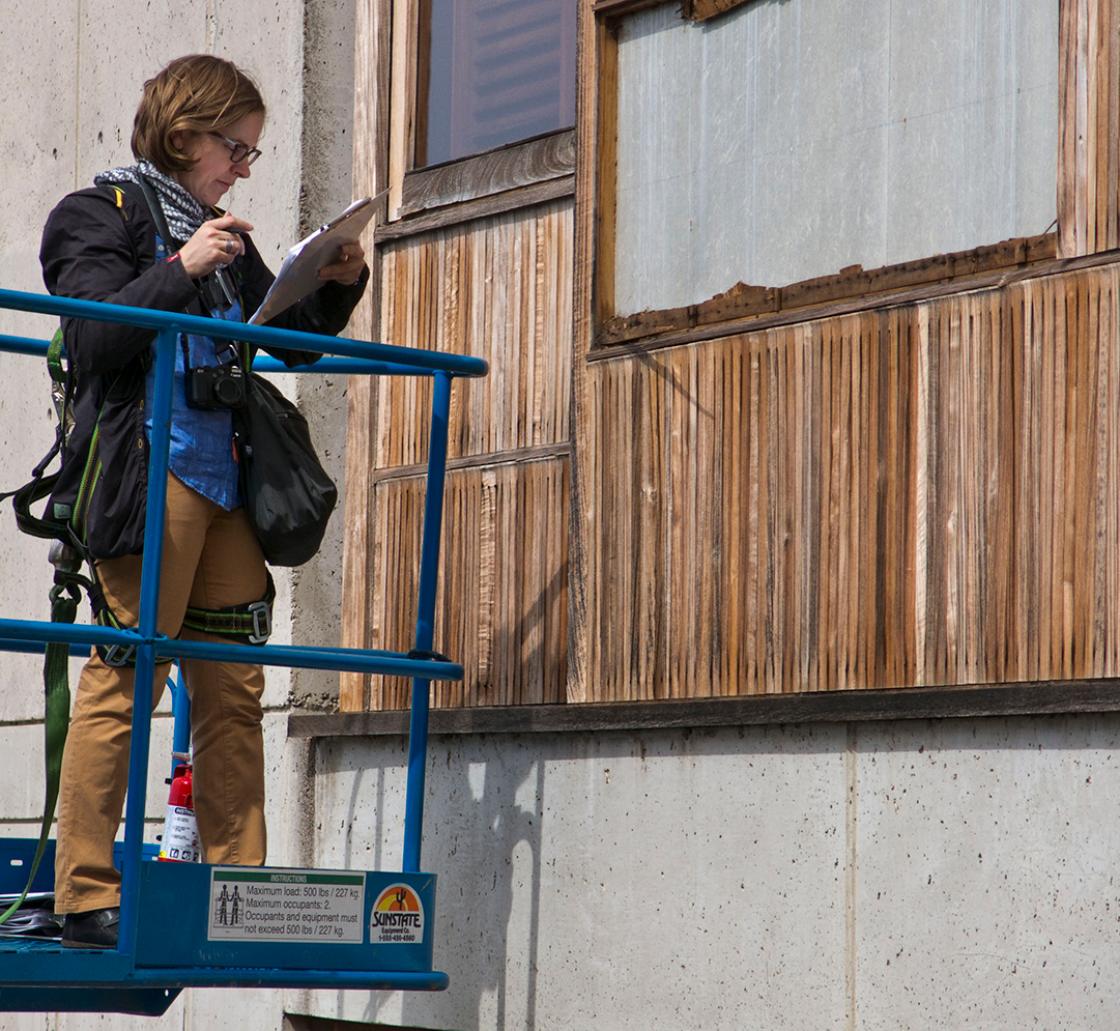 MANAGING COLLECTION ENVIRONMENTS INITIATIVE
The GCI’s Managing Collection Environments Initiative (MCE) addresses an issue faced by museums, libraries, archives, and collecting institutions across the globe: the challenge of managing the environmental conditions in which objects are housed in a responsible, cost-effective, and holistic manner. Monitoring techniques are deployed to record how the objects in an MCE pilot study adapt to the climatic changes to which they are exposed. 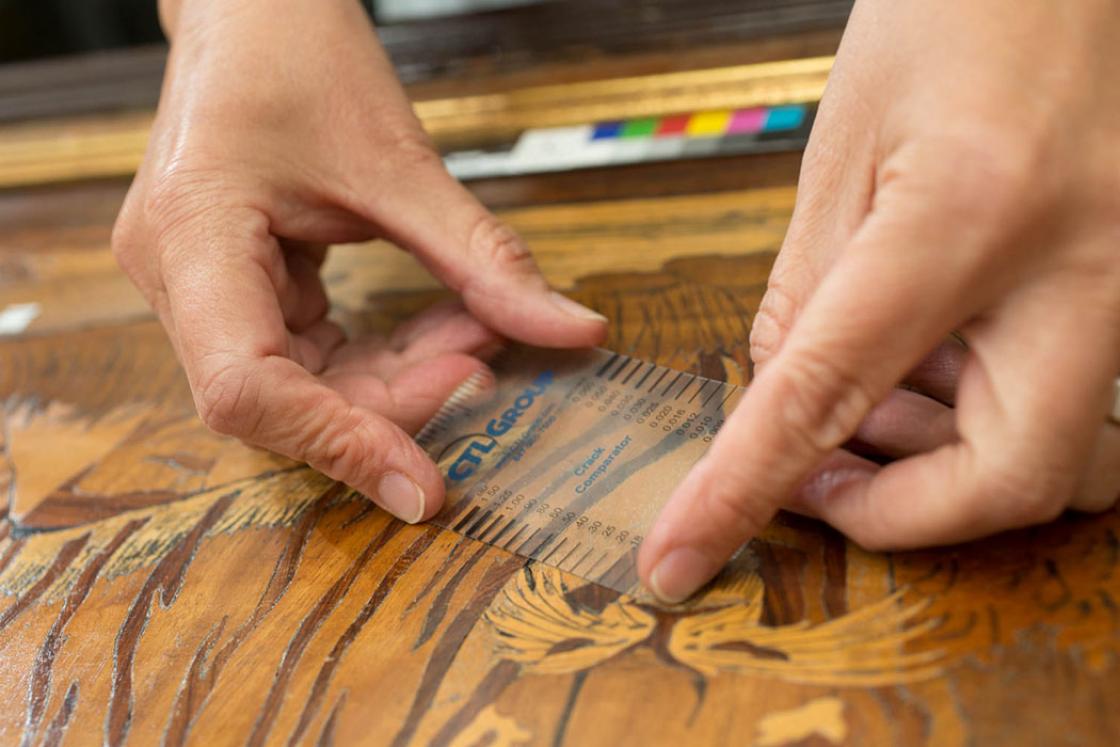 ARCHES
The Arches project is a collaboration between the GCI and the World Monuments Fund to develop for the international heritage field an open source and free, web- and geospatially based information system that is purpose-built to inventory and manage immovable cultural heritage; the present model is based on work completed in 2010 for the Jordanian Department of Antiquities. 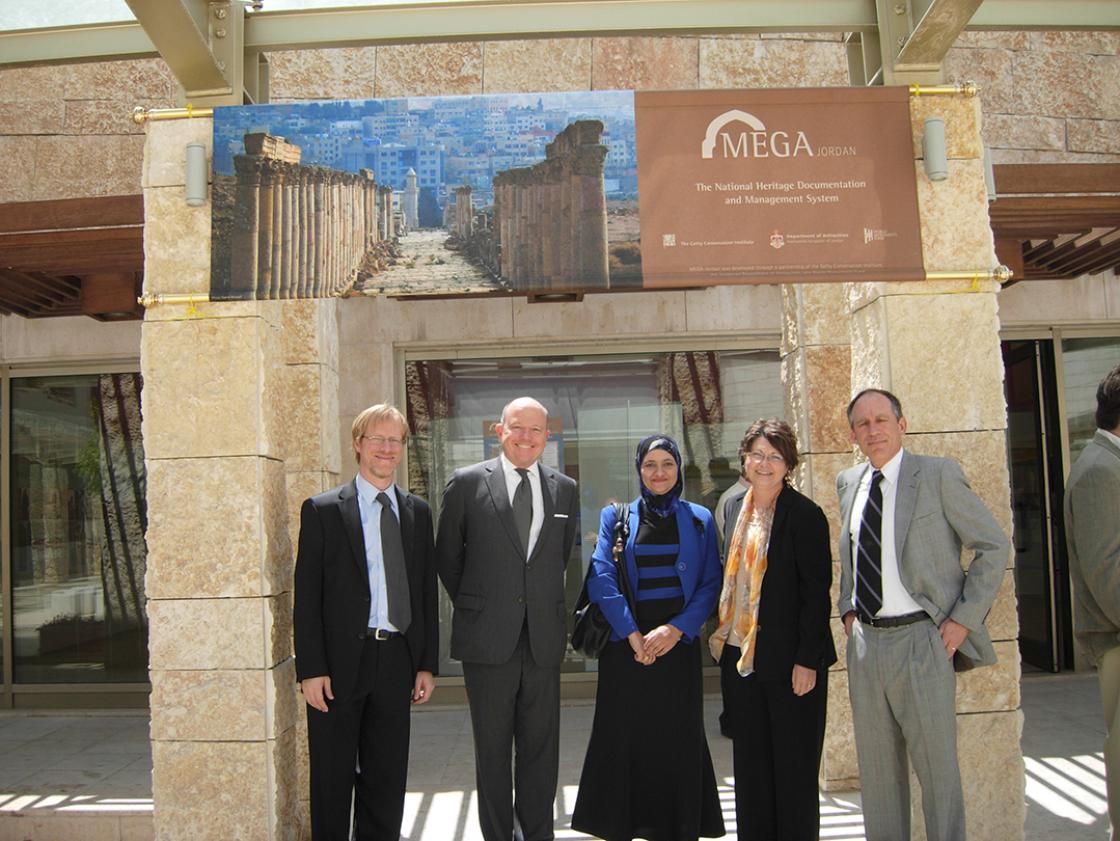 ABOUT THE SPEAKER
Tim Whalen is the John E. and Louise Bryson Director of the Getty Conservation Institute. His professional association with the Getty dates to 1983, when he was appointed assistant director of the Getty Center for the History of Art and the Humanities (now the Getty Research Institute) and then associate director of the Getty Building Program. He undertook the position of senior program officer in the Getty Foundation in 1991, overseeing the Foundation’s conservation grant-making activities. In December 1998, he was named director of the GCI. Whalen is chair of the Board of Trustees of the National Trust for Historic Preservation, a member of the international advisory board of studies for the Courtauld Institute of Art’s MA program in the conservation of wall paintings, and a former member of the US National Commission to UNESCO. A California native, he holds a BA in art history and an MA in museum studies and art history from the University of Southern California. He is the recipient of a Loeb Fellowship in Advanced Environmental Studies at the Harvard University Graduate School of Design.

ABOUT THE GETTY CONSERVATION INSTITUTE
The Getty Conservation Institute (GCI) works internationally to advance conservation practice in the visual arts—broadly interpreted to include objects, collections, architecture, and sites. The Institute serves the conservation community through scientific research, education and training, field projects, and the dissemination of information. In all its endeavors, the GCI creates and delivers knowledge that contributes to the conservation of the world's cultural heritage.

ABOUT THE BAUDER LECTURE SERIES
This is the third lecture in the Center’s Lillian and Donald Bauder Lecture Series. Established in 2016 through a generous gift from Cranbrook President Emeritus Dr. Lillian Bauder and her late husband Donald Bauder, this endowed lecture series allows the Center to bring to campus speakers of national significance whose work intersects with the history of Cranbrook and its legacy for future generations. The inaugural Bauder Lecture in 2017 brought to Cranbrook author David Sax for a conversation about his book The Revenge of Analog: Real Things and Why They Matter (2016); the second lecture in April 2018 featured Columbia University professor of art history and MoMA curator Barry Bergdoll who told the story of Frank Lloyd Wright’s career and the successful transfer of the Wright’s archive from Taliesin to New York.

ACCESSIBLE ENTRANCE TO CRANBROOK ART MUSEUM
Cranbrook Art Museum and the lecture in deSalle Auditorium is accessible to visitors who use wheelchairs or who need to avoid stairs. Access for these visitors and their escorts is accommodated through the New Studios Building on the southeast side of Cranbrook Art Museum. Accessible parking spaces are located at the south end of the Art Museum’s main parking lot, in front of the New Studios Building. Visitors that would like to use the barrier-free entrance should use the ramped sidewalk that leads to the front of the New Studios Building and enter the building through the glass vestibule to the right. Once in the vestibule there is a phone where visitors may call a Visitor Services Representative at extension 3320. We encourage visitors that would like assistance to also call the Center in advance of the lecture at 248.645.3307.