$135 Adults, Seniors, and Students (included a $50 tax-deductible donation to the Center)

Lunch at Antietam in Detroit 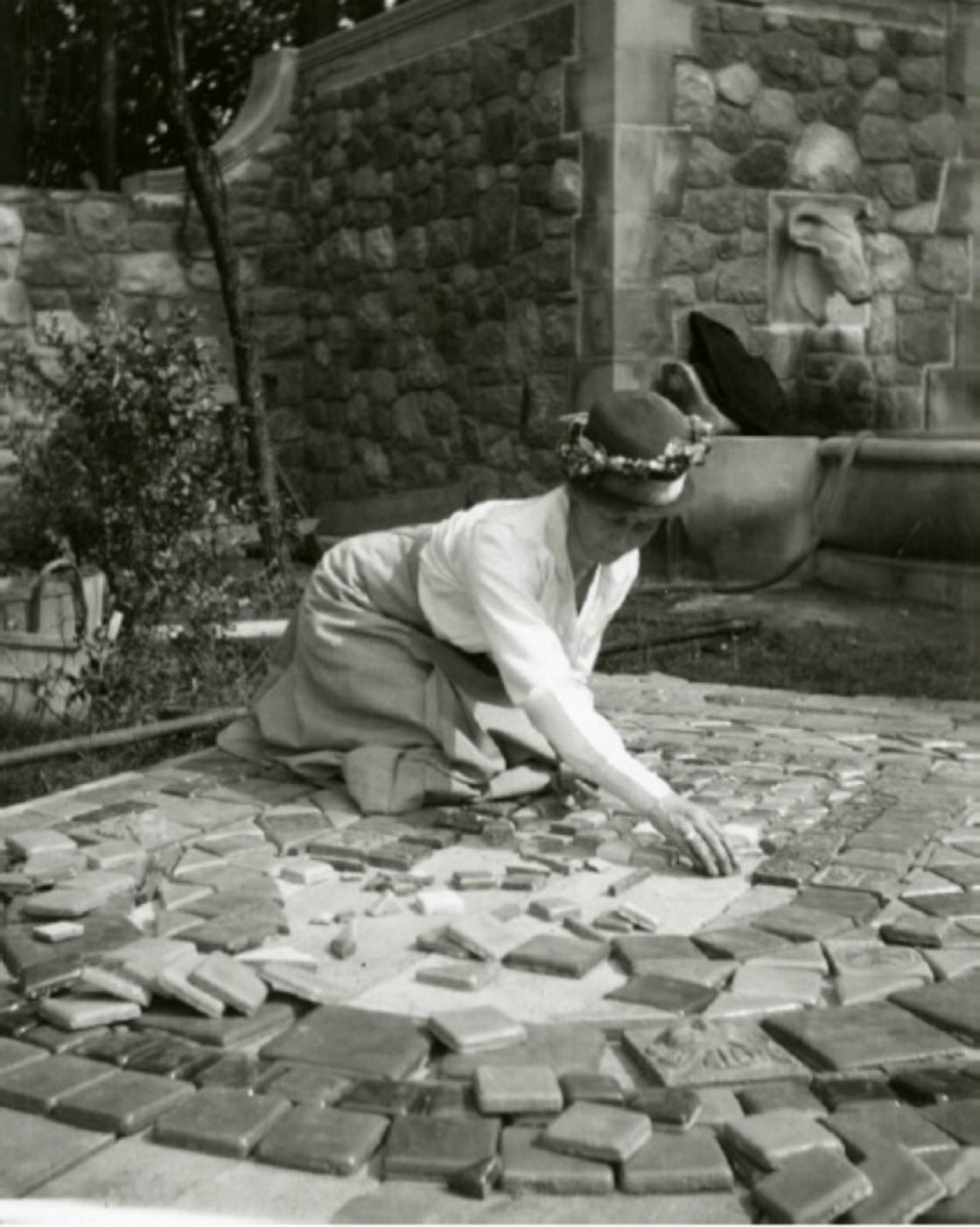 The Cranbrook Center for Collections and Research's seventh “Day Away”, a program that explores Cranbrook connections off campus took us into Detroit to explore five of the most important (one might even say dazzling) sites associated with the Pottery’s history, including the home that Mary Chase Perry Stratton and her husband, the architect William Stratton, designed for themselves. Our hosts for the day included not only Gregory Wittkopp, Director of the Center, but an additional six Pewabic experts.

9-9:30am, Cranbrook House
The day began in Cranbrook House where we learned more about the friendship between Cranbrook’s founder, George Gough Booth, and Pewabic’s founder, Mary Chase Perry Stratton. Our tour included two Pewabic tile fireplaces, including a rare opportunity to see one of the original 1908 tile installations in a second floor bedroom (now a private office) as well as a more recent installation in George Booth’s Country Office.

10:15-11:00am, Freer House
We then boarded our motor coach and traveled south on Woodward Avenue into Detroit where our first stop was the Freer House, original home to Detroit industrialist Charles Lang Freer, who established the Freer Gallery of Art in Washington, D.C. William Colburn told the story of Freer’s great collection of Asian and American art and his patronage of both Mary Chase Perry Stratton and artist James Abbott McNeill Whistler, a story that culminates in the space in the Freer House that once housed the famous Peacock Room.

11:15-11:45am, Cathedral Church of St. Paul
Further down Woodward Avenue, we visited the truly magnificent Cathedral Church of St. Paul at the corner of Woodward and Warren Avenues. Designed by Ralph Adams Cram (whose later architectural partner Charles Goodhue was asked by George Booth to design Christ Church Cranbrook), the English Gothic-revival Episcopal cathedral is literally filled with thousands of Pewabic tiles, including the gold iridescent tiles that form the cross in the Sanctuary floor, tiles that Perry Stratton compared to the exquisite mosaics in the ceiling of the Tomb of Galla Placidia in Ravenna.

12noon-12:30pm, Detroit Public Library
Before we broke for a relaxing lunch, we made one more stop to see the Pewabic wonders of one of the nation’s most elaborate libraries, the Cass Gilbert-designed Detroit Public Library. DPL Friends foundation board member Barbara Cohn and director Sean Ryan Everett lead us to not only the fireplace in the Children’s Room (with its depictions of well-known characters from children’s literature), but also to one of the library’s hidden masterworks, the series of mosaics that Perry Stratton created for the vaulted ceiling of the loggia that overlooks Woodward. This locked outdoor space includes seven mosaics, each depicting a quote from Shakespeare’s “Seven Ages of Man” monologue from As You Like It.

12:45-2:00pm, Lunch at Antietam
As anyone who has traveled with the Center knows, a fabulous lunch is a given. Featured on this Day Away was the restaurant Antietam, which is located on the southern edge of Eastern Market. Named one of Detroit’s “Best New Restaurants” in 2015 by the Detroit Free Press, Antietam is the vision of Detroit artist Gregory Holm, whose stunning Ice House photograph was included in Cranbrook Art Museum’s 2011 grand reopening exhibition No Object Is An Island. This all-inclusive tour included a three-course lunch, a glass of wine or craft beer, and coffee to help us relax after a full morning of tile gazing.

2:15-3:00pm, Pewabic Pottery
Following lunch, we headed east on Jefferson to the historic home of Pewabic Pottery. Designed by Mary Chase Perry Stratton’s husband William Stratton, the Tudor revival-style building opened in 1907 and continues to serve as the home of the pottery. Executive Director Steve McBride and his staff lead us on a behind-the-scenes tour that included both their collections and kilns with, of course, a visit to their shop for a few souvenirs.

3:15-4:00pm, Stratton Home
And if all of this was not enough, we truly saved the best for last. The last stop on the tour was the most personal statement by the Strattons, the home that they created for themselves in 1927 in Grosse Pointe Park. This tour de force of the Arts and Crafts Movement, which now is listed on the National Register of Historic Places, features some 1,700 square feet of Pewabic tiles, with many of the glazes unique to the home. Our hosts were two friends of Cranbrook, Cranbrook Academy of Art Governor Phillip Morici and Joe Nieradka, who are the proud owners of this architectural jewel.

Additional Information
The cost of this all-inclusive guided tour was $135 per person, which included a $50 tax-deductible gift to the Cranbrook Center for Collections and Research.